Home > French presence in Zimbabwe > Alliances françaises in Zimbabwe > Victoria Falls: opening ceremony of the Annexe of the Alliance (...)

Victoria Falls: opening ceremony of the Annexe of the Alliance Française

The Alliance Française Annexe de Victoria Falls was officially inaugurated on Monday 10 April 2017 in the presence of Mr. Sifiso MPOFU, Mayor of the city and Mr. Jérôme CLEMENT, President of the Fondation Alliance Française. 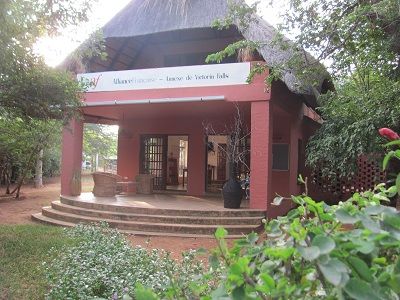 The French Embassy in Zimbabwe and Malawi was represented by Mr. Lionel CANNY, Counselor for Cooperation and Cultural Action. After a phase of introductory speeches with traditional ndebele dances, the Zimbabwean and French national anthems were sung by the huge audience. Thirty students from Mosi-oa-Tunya High School, accompanied by their French teacher, performed a French song and poem. Among the attendees were the presence of several representatives of the city’s public administrations, hotel managers and travel agencies, not to mention some heads of schools. Several members of the Board of Directors of the Alliance Française de Bulawayo, whose Vice President David BURCKHARDT had made the journey to celebrate the official opening of this subsidiary establishment, to which the crowd wished a great success.