Travel without leaving Harare. The EU Film Festival Zimbabwe 11 totally different cinema delights take you around Europe in only five days. From 15 - 19 May 2018 at Theatre in the Park, Harare Gardens. 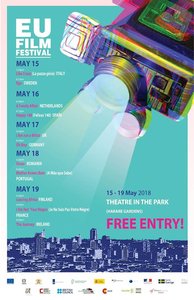 On Saturday May 19th at 06:00pm France will present ’I am not your negro", a franco-american documentary directed by Raoul Peck and based on American author James Balwin’s unfinished manuscript Remember This House.

"Whatever you think about the past and future of what used to be called “race relations” this movie will make you think again, and may even change your mind." (New York Times)

In 1979, James Baldwin wrote a letter to his literary agent describing his next project, "Remember This House." The book was to be a revolutionary, personal account of the lives and assassinations of three of his close friends: Medgar Evers, Malcolm X and Martin Luther King, Jr. At the time of Baldwin’s death in 1987, he left behind only 30 completed pages of this manuscript. Filmmaker Raoul Peck envisions the book James Baldwin never finished - and has it narrated by Hollywood Actor Samuel L. Jackson.

“I Am Not Your Negro” is a thrilling introduction to his work, a remedial course in American history, and an advanced seminar in racial politics — a concise, roughly 90-minute movie with the scope and impact of a 10-hour mini-series or a literary doorstop. It is not an easy or a consoling movie, but it is the opposite of bitter or despairing. “I can’t be a pessimist because I’m alive,” Baldwin said. “I’m forced to be an optimist.” "One of the best film you are likely to see this year" (New York Times) 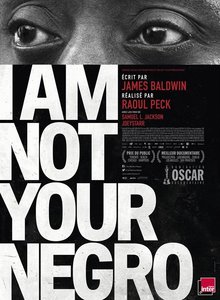